Maybe a few silly things were said by residents of Woodland, North Carolina about yet another solar farm proposal for town land. But there are excellent reasons for residents to reject a fourth solar installation. Woodland Councilman Ron Lane shares the facts:

The Strata Solar project was not doomed by irrational fears. The photovoltaic panels were proposed just 50 feet from residential homes, and the project was too close to State Route 258 leading into town.

Raleigh News & Observer reporter John Murawski explains that converting farmland to solar fields is not only a quality of life issue for local residents – it may be an important agricultural issue for our nation as well:

…resistance often flares up in areas that have become magnets for solar farms – agricultural communities with cheap farmland near electrical substations where solar farms can interconnect to the power grid, said Stephen Kalland, executive director of the N.C. Clean Energy Technology Center.

But the state’s remarkable transformation of soybean fields into rows of indigo panels is also alarming some agriculturalists. In a Nov. 30 letter to the state’s extension agents, N.C. State University crop science professor Ron Heiniger warned that the rapid spread of solar farms “may well be one of the most important agricultural issues of our generation.”

Heiniger’s call-to-arms, reproduced in at least one local paper, predicts that solar farms could shift land use to such an extent that “it is highly unlikely this land will ever be farmed again.”

Thanks to Thomas Beckett for setting the record straight concerning this matter. I joined the social media crowd in poking fun of Woodland’s residents but obviously, this is no joking matter.


15 years after the Environmental Protection Agency (EPA) banned chlorpyrifos from residential use, the agency has agreed to expand the neurotoxic pesticide ban to agricultural fields as well. Exposure to to this health and memory harming drug has continued for farmworkers, their children and rural residents. Field workers have direct contact with the pesticide drug when they are forced to return to recently sprayed fields … it drifts easily into neighboring yards and farms … and over time, it has entered water sources from which local dwellers drink. Drinking water contamination is particularly harmful to infants.

The announcement was a response to an EarthJustice petition. Calling EPA’s delay in regulating chlorpyrifos “egregious,” the 9th Circuit Court of Appeals ordered the agency to take meaningful action by October 30 2015 on the 2007 legal petition to ban the chemical. The EPA had postponed the agriculture ban because of a flawed study by its manufacturer, Dow Agrosciences, which argued that the chemical was not toxic in agriculture environments.

“This is what we have been seeking for years. EPA’s and other independent findings show that chlorpyrifos causes brain damage to children and poisons workers and bystanders,” said Patti Goldman, the Earthjustice attorney handling the case. “At long last, the agency is signaling its intention to protect children, workers and their families by banning this hazardous pesticide. It is imperative that EPA move quickly to protect workers and children by finalizing this important rule.”

“Given the incredibly strong science on the health harms of this pesticide, it’s absurd that EPA has taken so long to act,” said Dr. Margaret Reeves, Senior Scientist at PAN. “A ban will finally ensure that children, workers and families in rural communities are safe from this drift-prone, bad actor pesticide.”

Ordered by a court to take regulatory action based on its scientific reviews, EPA is now proposing to completely ban chlorpyrifos. This would end all uses of chlorpyrifos that result in residues on food, contamination of drinking water, or drift to schools, homes, and other places people are located.

“It’s a step forward on the path to environmental justice,” said Virginia Ruiz of Farmworker Justice. “Farmworkers and their families, who are predominantly poor and majority people of color, bear the brunt of poisonings from pesticides and pesticide drift.”

If you would like to support Earthjustice’s work please make a donation. 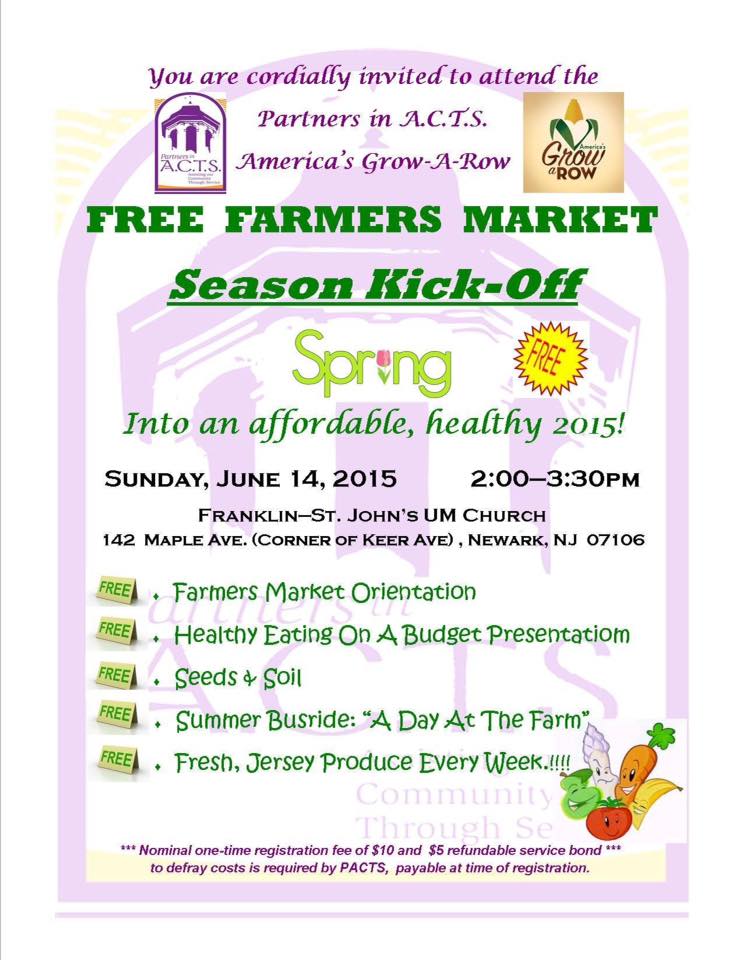 PACTS brings America’s Grow-A-Row program back to Newark this season. It’s not too late to sign up for the free veggies Farmer’s Market! Just come to the first distribution event on Saturday July 11 at 10am.

Please note that the America’s Grow-A-Row program is completely free, but PACTS charges a $10 registration fee to cover the costs of administering the program. Participants are also required to put down a $5 “service” deposit. The entire $5 will be refunded if during the course of the summer, you volunteer 4 hours of service at either the market or farm. 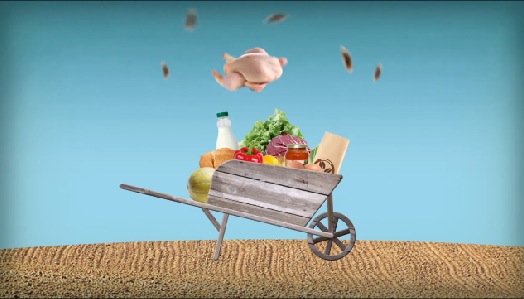 What could be wrong with family farming? Family farms, also known as traditional or small farms, produce good food with little or no pesticides … The farming methods they use keep both farm animals and the people eating the vegetables, dairy and meats produced on them, healthy and strong.

There’s the problem! For Big $, Big Ag, health insurance companies and Big Pharma, family farming is bad bad bad: because it leads to less need for hospitalization, insurance, pharmaceutics and erases the need for factory produced pesticides, fertilizers or seeds: in other words, major corporations can’t make a profit from family farming. So, they want to ban it. But for the real people of the world, people like you and me, family farming is good good good and we want more of it.

Check out the brilliant Food Revolution Europe video showing why GMOs and mono-crops are so bad for both people and the environment. Learn why we must say NO to GMOs, help spread the word about how bad they are and demand that governments halt their use.

We must also protect the family farmers of our world. Big Ag is using GMO crops to force small farmers out of business and steal their land, and we need to stop them. Their wellbeing and our health are irrevocably tied together.

In another video, Physicist Vandana Shiva tells why GMOs are the world’s death knell. OK, maybe Dr. Shiva is a bit serious, but she’s speaking relevant truths that all people should know. She also speaks as a native of India, where close to 300,000 cotton farmers have committed suicide because GMO seeds from Monsanto have bankrupted their farms, destroyed their families’ living and broken ties to land and homes they owned for generations.

Given Monsanto’s legacy as a producer of the lethal defoliant Agent Orange during the Vietnam War, Southeast Asian agriculture would presumably beg to differ with this characterization.

Sustainability is also not the first word that comes to mind when contemplating Monsanto’s policy of sowing the earth with genetically modified seeds that destroy soil and are designed with nonrenewable traits so as to require constant repurchase as well as acquisition of a variety of other company products like fertilizers and pesticides.

Nor would the term appear to define a situation in which nearly 300,000 Indian farmers have committed suicide since 1995 after being driven into insurmountable debt by neoliberal economics and the conquest of Indian farmland by Monsanto’s Bacillus thuringiensis (Bt) cotton.

In tragic irony, many kill themselves by imbibing pesticides intended for their crops.

As for Monsanto’s shameless claim that one of its primary objectives is “to improve lives,” we might similarly conclude that butchers aim to improve the lives of cows and pigs and that two plus two is 86.