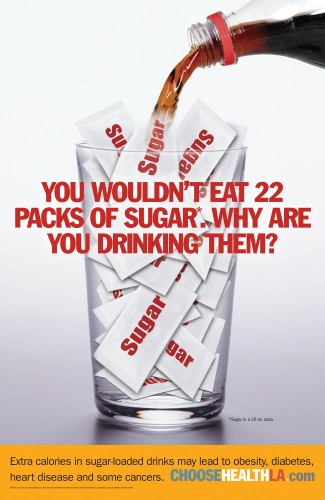 Study links sugary drinks to a staggering amount of deaths per year, with low and middle-income countries bearing the brunt of the burden.

Harvard has plenty of bad stuff to report about sugary drinks too and cautions, “Fruit juice is not a better option. Even though it has more nutrients, it contains as much sugar (though from naturally occurring fruit sugars rather than added sugar) and calories as soft drinks.” Here are some of the heavy facts:

Two out of three adults and one out of three children in the United States are overweight or obese, (29) and the nation spends an estimated $190 billion a year treating obesity-related health conditions. (30) Rising consumption of sugary drinks has been a major contributor to the obesity epidemic. (31) On any given day, half the people in the U.S. consume sugary drinks; 1 in 4 consume at least 200 calories from such drinks; and 5% drink at least 567 calories—equivalent to four cans of soda. (32)…