In the almost eight years Christie’s been New Jersey’s governor he’s done more harm than good. Probably why his popularity rating is about 12% – OK, wait, I just checked that statistic and it’s actually 18%.

So now, Christie is desperately doing what he should have been doing all along – moving projects forward to help the people of the state he governs, including giving attention to lead in schools’ drinking water. But with his history of blatant lies, it’s hard to figure out what he actually intends to do, until he’s actually done it.

Now Christie, destroyer of everything public education in the Garden State, is suddenly concerned with lead in the pipes of the same schools he refused to release repair funds for. Concerned about testing, that is. What are the chances that between now and the end of his term, the governor will actually give over the money schools need to get lead out of our public school students’ drinking water?

I’m not holding my breath. 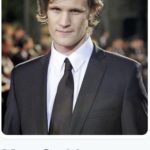 Yet another nightmare has surfaced in the Flint, Michigan tragedy where residents are being systemically poisoned by city-supplied drinking water. The city is planning to shut-off water for unpaid bills, despite the fact that the water Flint has served is literally unfit for human consumption – and isn’t safe even for bathing.

The city’s top officials switched from clean water supplied by Detroit for a source that has corroded pipes and led to horrific health effects. The reason for the switch was not motivated by money.

Now, Attorney General Bill Schuette has launched an investigation and he hopes to provide relief to the beleaguered community. NBC reports:

Michigan’s top prosecutor said Monday that it’s an “outrage” that residents of Flint are being forced to pay for water that’s unsafe to drink — and his office may take action to stop the billing.

“Words can barely describe this tragedy. Things went terribly wrong,” AG Bill Schuette said. “I would certainly not bathe a newborn child or a young infant in this bad water and if you can’t drink the bad water you shouldn’t pay for it.”

Flint Residents Are Still Being Forced to Pay for Contaminated Water 0:19
Schuette said his office has begun investigating what steps it could take to provide financial relief to the people of Flint, who were subjected to chemical byproducts, E. coli, Legionnaires’ disease and lead after the city’s water source was switched to the corrosive Flint River in 2014.

It was unclear if Schuette could stop Flint from shutting off water to families who don’t pay their bills … Schuette’s office has launched a criminal investigation into the water emergency to see if any laws were broken, and he announced Monday that a former FBI chief and an ex-prosecutor will lead the probe and report directly to him.

Detroit went to great lengths to remain the water supplies of Flint Michigan, offering them reduction upon reduction. In the end, it would have cost Flint 20% less to remain with Detroit Water and Sewerage Department (DWSD) than it did to take the deal of Karegnondi Water Authority, which lead to the poisoning of the people of Detroit.

The switch was made at the direction of an Emergency City Manager appointed by Gov. Rick Snyder.

A high-ranking DWSD official told us today that Detroit offered a 50% reduction over what Flint had been paying Detroit. In fact, documents show that DWSD made at least six proposals to Flint, saying “the KWA pipeline can only be attributed to a ‘political’ objective that has nothing to do with the delivery – or the price – of water.”

The offer by DWSD raises serious questions about whether Gov. Rick Snyder was lying when he insisted the water switch was motivated by saving money for Flint, which was under the control of a state emergency manager.

“When compared over the 30 year horizon the DWSD proposal saves $800 million dollars or said differently – saves 20% over the KWA proposal,” then-DWSD Director Sue McCormick said in the e-mail dated April 15, 2013.

Flint native and filmmaker Michael Moore has been on the ground for a couple of weeks, looking into what happened and what can be done to help the good people of the city.

Flint, Michigan has followed in *Detroit’s footsteps, attacking residents’ access to one of the two most important elements required for living: clean water (the other is air). Two city managers appointed by Gov. Snyder colluded to deprive 100,000 people of access to Great Lakes water via the Detroit Water Authority by switching to the Flint River, a salty source which has caused pipe corrosion and has resulted in lead poisoning in young children and health issues across the general population. The Ford factory also soon learned that Flint River water was ruining its equipment:

One of the most telling moments in this saga was when General Motors disconnected from the Flint River because the water was ruining its machinery, leaving some to wonder — if it was doing that to machines, what was it doing to humans?

On the Dr Boyce Watkins show, Roosevelt Mitchell III and Vanessa Lynn discuss the horrific situation Flint is confronting and residents’ hopes that the federal government will step in with a solution to this crisis.

…the Genesee County health department declared a public health emergency, recommending that people not drink the water unless it has been filtered and tested to rule out elevated levels of lead. More steps will be announced Friday.

County Commissioner Brenda Clack told residents that infants and children should not use the water coming from the taps in the city of Flint.

However, it is unclear what people were expected to drink and cook with. Early on, FEMA stepped in to provide some bottled water – but only a few thousand liters … General Motors and local non-profits donated to buy filters – but only for 5,000 residents. It remains unclear today how close the city government has come to fulfilling the promise made in October to provide filters for all homes and businesses, and when a source of clean water will be available again.

The Flint Water Board allowed the switch to be made without requiring adequate testing to ensure that residents’ health would not be compromised.

Added later in the day: Detroit Free Press reports that Gov. Snyder, in a move calculated to shift the blame away from himself, called for the resignation of Michigan Department of Environmental Quality Director Dan Wyant, which was tendered today.

*In April 2015, the City of Detroit began shutting off the water for 40% of the city’s residents after giving 10 days’ advance notice.

There’s room for a few more registrants in this webinar, which already has 500 participants. Sign up here.

This is the second webinar in the Food, Water and Energy Nexus Webinar Series and pathways to a sustainable future, co-hosted by Arizona State University’s School of Sustainability. 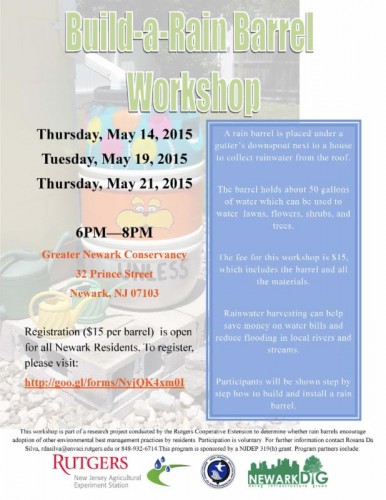 Newark residents only! Build your own rain barrel workshops: 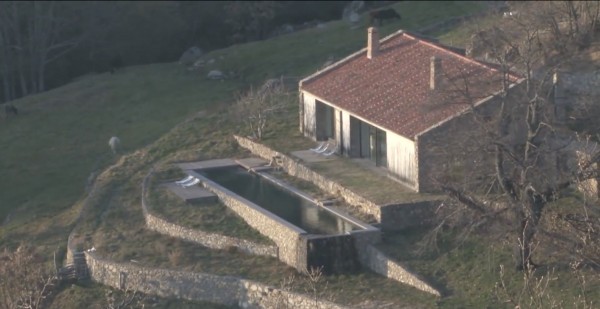 This comfortable country home was rebuilt to resemble the original stone and mud composition of the stable it once was, but behind the mud bonding stones walls together is concrete to make them more solid. The home features water from two streams that is integrated throughout its design for the convenience of residents, the sound and beauty of nature and to water the landscape.

Energy is generated on site. Water flow powers turbines which supplement in winter months the solar energy captured by panels situated near the house at ground level. The house temperature is partially moderated by being built into the hillside at the rear. In the front, floor to ceiling glass doors slide to create huge openings which allow the moist air of the water collector in the central courtyard area of the house to waft through the building, cooling the air without need for electric powered air conditioning. On winter days, huge shutters on wheels which resemble wooden doors are pulled close to help the house retain heat produced by the sunlight that is collected via the south-facing glass doors.

The structure’s outside is rustic, but the inside is clean, white and stainless modern with bathrooms featuring natural stone sinks and shower enclosures. Who wouldn’t love to spend some time in this magical space?