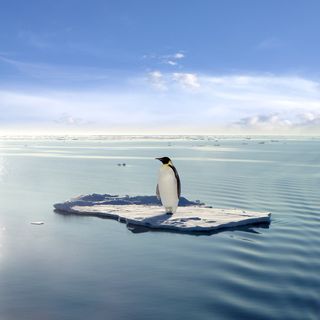 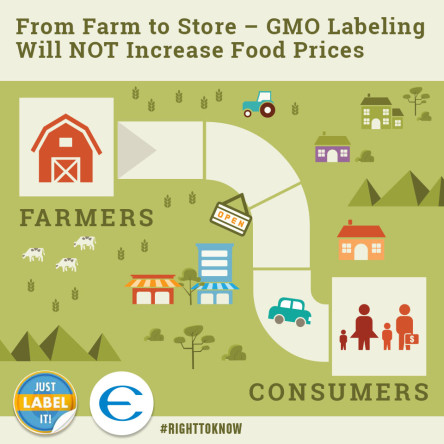 I’m normally a Bob Menendez fan but WOW, today I’m so disappointed. The Senator wrote to tell me that he doesn’t believe that states should have the right to label GMOs. And he doesn’t believe in GMO labeling at the federal level either. In fact, Sen Menendez made it clear that he does not oppose the genetically engineered modifications of our foods.

The single reason states have started trying to pass their own GMO labeling laws is that the federal government won’t pass laws to allow United States citizens and residents to know what’s in our food. Vermont is the first state to require GMO labeling of all foods.

Thank you for contacting me to express your support for the Genetically Engineered Food Right-to-Know Act. Your opinion is very important to me, and I appreciate the opportunity to respond to you on this critical issue.

As the Garden State, New Jersey has a proud reputation as a leader in many agricultural fields, and I am committed to preserving this legacy. While farmers have naturally modified crops to improve growth and yields for centuries, recent advances in genetic engineering have raised questions about the safety of some of these food products. I believe we must be prudent when approving genetically modified food but I also recognize that unnecessarily labeling inherently safe products, could actually risk confusing and misleading consumers. It is vitally important that we fully understand the impact of these practices on our food supply and our health while harnessing the advantages of modern science and innovation.

Currently, the Food and Drug Administration (FDA) oversees the implementation of food labeling set forth by the Federal Food, Drug, and Cosmetic Act. Foods that must be labeled include most prepared foods, such as breads, cereals, canned and frozen foods, snacks, desserts, and drinks. Foods that do not have to be labeled are called “conventional foods,” which include raw produce such as fruits, vegetables and fish. I continue to believe these standards should be regulated on the national level by objective scientific experts in the FDA rather than through a patchwork of state regulations that could have the unintended consequence of confusing consumers. Please know that I will continue to look for ways to ensure that Americans have access to appropriate and accurate nutritional information, without misleading consumers or imposing overly onerous requirements on food producers.

Again, thank you for sharing your thoughts with me. Please do not hesitate to contact me if I may be of further assistance. You may also visit my website (http://menendez.senate.gov) to learn more about how I am standing up for New Jersey families in the United States Senate.

Learn more about why you should care and find out how the Non-GMO Project can help you get there. 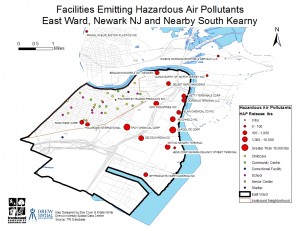 In 2010, A collaboration between Drew University and the ICC used GIS mapping technology to prove the need for air quality control in Newark. With support from an EPA CARE grant, student Zoe Crum mapped data the ICC helped gather to show, “industrial chemical emissions, Brownfield sites, and Superfund sites in conjunction with demographic analyses for the Ironbound.”

Twenty-five percent of Newark children suffer from asthma, three times the state average, and asthma accounts for the leading cause of absenteeism for Newark’s school age children. Accurate and timely information on air pollution is critical to protecting public health. With data in hand, residents have a better chance of taking effective action to keep themselves and their families safe and healthy.

The new Republican-led Congress is currently busy picking people to chair its many committees and subcommittees. Guess what! Tea Party hero Senator Ted Cruz is the new chair of the Subcommittee on Space, Science and Competitiveness. That means he will oversee NASA. Yep – the climate-denying Tea Party hero who tried to defund NASA is now in charge of NASA.

Cruz is not a lightweight. You may not agree with him, but he is sharp. Last year there was a hearing on the threat of asteroids to Earth. Unlike all of the other senators who asked questions, Cruz looked straight at the witnesses without referring to notes (i.e. questions written by staffers) and asked a series of questions – some prompted by witness responses – without the usual fumbling you often see from Senators who have no idea what anyone is talking about (ala Bill Nelson). Yes, he got his partisan jabs in – but everyone does that. As such NASA is going to be up against someone who can run non-stop semantic circles around Charlie Bolden – if he is inclined to do so. Dava Newman’s confirmation hearing will be interesting should he decide to use the hearing as an opportunity to go after the Administration.

Sign the White House Petition to remove Ted Cruz from the position of NASA oversight of the Subcommittee on Space, Science and Competitiveness

And on 08 Jan 2015, Keith shared additional information in his post about Cruz and fellow Republican climate change denier Marco Rubio Political Climate Change Ahead for NASA and NOAA:

Texas Senator Ted Cruz, another climate denier, may be next-in-line to become chair of the Subcommittee on Science and Space, which oversees agencies like the National Science Foundation, NASA, and the White House Office of Science and Technology Policy.

I do not believe that human activity is causing these dramatic changes to our climate the way these scientists are portraying it,” Rubio said on ABC’s “This Week.

Sign the White House Petition to remove Ted Cruz from the position of NASA oversight of the Subcommittee on Space, Science and Competitiveness

Facebook
The National Environmental Policy Act (NEPA) was signed into law New Year’s Day of 1970 by President Nixon. And, it’s what Obama committed to use before Christmas 2014 for bringing commonsense guidance to every sort of government construction project. Wildlife Defenders writer Noah Matson points out: “NEPA is one of the most important environmental laws that most people have never heard of.”

Obama isn’t calling for government agencies to pick the most eco-friendly approach to development. But he wants NEPA protocol to be followed: it calls for an analysis of the environmental impact of every project being planned, giving government staff the chance to weigh the financial costs of building against the environmental ones. This brilliant approach will forever change the development game, as truth is an irresistibly compelling force and when people are forced to look upon it, they can’t avoid being transformed. Until now, environmental costs of construction have been disregarded through the simple expedient of ignoring that they exist.

One of the key ways that NEPA advances this policy is by instituting a sound, transparent planning approach to large-scale government decisions. Before taking an action that could have a significant effect on the environment, NEPA requires those involved to develop alternative ways to achieve the same goal, and to evaluate the environmental impacts (good and bad) that each different approach would have. For instance, if the goal is to enable commuters to travel between two cities, the alternatives might be a highway that cuts straight through a wetland, a longer highway going around it, or a new rail line. NEPA requires the agency to lay out and weigh the pros and cons of each approach.

We can expect GOP politicians to stand on their heads and bawl like babies to protest meaningful ecological analysis of any development project. They’re only about profit at this point; are owned by major corporate interests and have put concerns for nature, clean air and water on the shelf. But NEPA is a good thing, and pulling it more effectively into play is a characteristically impressive Obama policy move.